Civil Society as a Countervailing Force in Society

But what is civil society?

Throughout the last two hundred years, there have been many conceptions of civil society. Despite their divergences, they all agree on one point. Civil society constitutes a dimension of society different from and sometimes even antagonistic to the state. These different articulations also recognize the voluntary nature of civil society and its importance as a forum for independent public expression.

Historically, civil society meant every facet of society that was not included functionally and institutionally within the State. This historical and traditional view of “civil society” owes much to the state-centered view in the writings of the German philosopher Hegel. This original conception of civil society mixed voluntary associations with business and the economy. Hegel was aware of the totalitarian tendencies of the State and articulated a “civil society” that, among others, was a repository of public freedom.

However this concept of civil society was challenged by the emergence of unfettered capitalism in the 19th century and the Marxist reaction against the equally totalitarian tendencies of the “free” market that started to dominate European societies. Antonio Gramsci, Italian political philosopher, thus articulated a concept of civil society that differentiated it both from the economy and the state. In Gramsci’s version of a threefold society, culture played an important role in providing societal cohesion and continuity in the event of societal chaos triggered by the failure of both an undemocratic state and a totalitarian economy. However, Gramsci, an independent Marxist scholar, could not fully articulate the nature of and an independent role for civil society and had a difficult time freeing it from being an instrument of State politics. 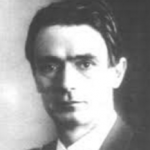 A decade earlier, another German philosopher Rudolf Steiner, articulated a threefold concept of society that had creatively resolved the problems inherent in Gramsci and Hegel’s concept of civil society and that would find resonance in modern day discussions of civil society. Steiner made the important observation that culture actually had to be considered as independent from, even if functionally related to both the economy and the state. He demonstrated that culture actually provided the creative dimensions for both the economy and the state. Steiner’s ideas found widespread acceptance in a Europe devastated by the First World War. However the hyperinflation of post World War I Germany demolished practical attempts by Steiner and his colleagues to make the threefold society with an active and independent cultural sphere a reality.

With the ascendancy of both the State and the modern economy after World War II and their difficult but nevertheless effective partnership in dominating nations, promising new concepts of civil society took a back seat. However, the resulting totalitarianism of states and markets triggered the re-emergence of civil society as a focal point for the articulation of peoples’ agenda and concerns across Asia, Eastern Europe, Latin America, and Africa. From this resurgence comes the current understanding and usage of the term, civil society.

In its modern form, civil society means the active and organized formations and associations in the cultural sphere. These would include, for example, NGOs, POs, academia, and Church groups, in contradistinction but not necessarily in opposition to the formal apparatus of governance in the political sphere and the web of business enterprises in the economic sphere. This newer conception of civil society is similar to the Gramscian conception in that civil society differentiates itself from both business and government. In a departure from the Hegelian concept, business is accorded its own area of articulation in the larger sphere of the economy.

However, the crucial difference from older conceptions is that civil society is now recognized as the key actor in the cultural sphere, that dimension of society whose strategic importance has only now emerged with full clarity. In an articulation reminiscent of the Steinerian perspective, this modern concept of civil society points to and cannot be discussed independent from the existence of the cultural sphere. This cultural sphere is internally creative and not a mere appendage of the economy or the state. While independent from both, the cultural sphere can have enormous influence on both the economy and the state just as the latter two have had historically enormous impacts on culture.

The activities of civil society build various forms of capital: social, human, and institutional, as well as enhance the integrity and value of ecological capital. These various forms of “capital” are already recognized by mainstream economists and currently account for as much as 64% of the wealth generated by the global economy. Unfortunately, the surplus wealth generated by civil society capital is almost totally appropriated by business enterprises for their own benefit.

This modern understanding of civil society forms the substance of Philippine Agenda 21 and the Presidential Executive Order 370, Strengthening the Philippine Council for Sustainable Development, dated 26 September 1996. Section 2, describing the “Composition of the Council,” identifies the categories of membership according to civil society, government, and business/labor. The Executive Order contains a clear description of civil society.

Civil society, composed of people’s organizations, non-government organizations and sectoral/major groups representation, shall have nine (9) Council members selected by their community, based on their commitment to sustainable development concerns, through a process designed by them. These shall include the following major groups: women, youth, farmers, fisherfolks, indigenous people, Moro and Cordillera people, urban poor, persons with disabilities, academe, professionals, media, religious groups, and NGOs.